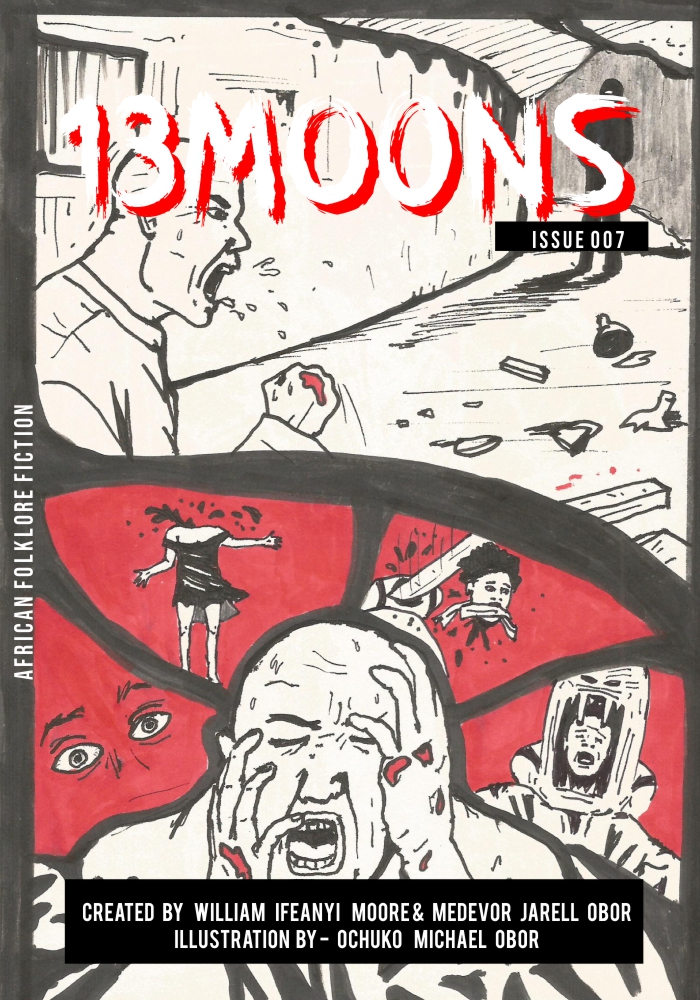 At first he was sad, very sad—and then his sadness turned sour, the pain in it morphing into anger. “Burn it, burn it all! I want that forest burned to the ground! Very last tree!” The King was filled with more rage than he could control and it caused him to trash everything within arm’s reach. For a man used to power, this place of powerlessness was unbearable. Just when he thought he had it all, in a single night, he lost everything. The village was none the safer, his dearest wife was dead and gone, and his son, his unborn son. What sort of a monster had he created? He wouldn’t even be able to give his queen a befitting burial with an open casket. Not with her body being headless and her insides exposed like this. He had woken up with a feeling of relief as no bad news of blood and murder had reached his doorstep. Little did he know that it would be him telling tales of bad tidings.